Born and raised in Lincoln Parish, Louisiana, Barbara McIntyre remembers when the Grambling
community was labeled a “food desert” because residents had to travel several miles out of town for
fresh fruits and vegetables. Today, residents and visitors exit Interstate 20 and see the new supermarket
at Legend Square Plaza, an oasis and space for community gathering.

Just one year old, the Plaza is comprised of two buildings, one of which can house up to five retail
outlets – so far, there’s a Dollar Tree and Hibbett Sports. The supermarket occupies the other building,
containing a one-stop-shop of a pharmacy and deli, sure to meet the needs of residents, college
students and tourists.

“I go to the market a least three times a week to see the faces of people (marveling at) what a beautiful
facility we have in the community and to not have to leave the area for basic necessities,” says McIntyre,
treasurer for Greater Grambling Chamber of Commerce. “The look of the supermarket sets the tone for
visitors to see the city is trying to provide more services.”

It took several years for the City of Grambling to get to this point because of fiscal issues from the
economic recession and depleted revenues. For decades, city government did not raise water and sewer
rates in order to generate income for infrastructure maintenance and upgrades. According to Mayor
Edward Jones, elected in 2011, the city’s bleak financial picture needed to improve along with
infrastructure. Thus, the city hired Comer Capital Group for a better understanding of how to make it
possible.

“Comer Capital Group did a study determining what our rates and debt service should be in order to
receive money to rehabilitate the wastewater treatment plant and show how to repay the debt,” Jones
says. “Since we never raised (water and sewer) rates, we were able to get a Department of
Environmental Quality loan of $470,000 to rehab the facility. We also refinanced our existing water and
sewer bonds and increased our rates. It was done in such a way that every year the rates automatically
increase according to the Consumer Price Index (for water service).”

Some members of the community supported the move while others did not, so Jones and city
councilmembers hosted meetings to educate the community on why water services are not technically
“free.” Thanks to revenues from increased rates and federal grants – in addition to re-financing two
existing revenue bonds to achieve a lower interest rate under CCG advisement – the City of Grambling is
on track to pay off its debt early.

Jones says Comer Capital Group helped the city create a Tax Increment Financing (TIF) District, approved
by the Louisiana Legislature, to measure anticipated sales tax revenue in order to pay debts, as well as
securing new market tax credits to finance the Legend Square Plaza project to the tune of $10 million.
He says the current goal is to continue to provide basic goods and services and complete the plaza with
a hotel to generate additional hospitality tax revenue.

The TIF was created with 80 acres in the heart of town, so there is space to accommodate future growth
and draw businesses like a cleaners, restaurant and housing for senior citizens. Since the city’s revenue
bond that financed the fire station’s construction was paid in full this year, Jones expects Legend Square
Plaza to funnel approximately $1.5 million annually into the local economy (to put it in perspective, the
supermarket made close to $100,000 its first ten days in June without the presence of college students
and their parents).

“What’s more important to me than economic development is giving our citizens a sense of pride
because we did not have a supermarket in Grambling for 35 years. They did not have a gathering place
(the local United States Post Office served as the watering hole all those years), but now they have
bragging rights,” Jones says. “It helps (Grambling State University) because the majority of students
come from other states so they’re used to having retail offerings close by.”

The city is involving Grambling State in several aspects of economic development. Grambling State’s
Continuing Education and Lifelong Learning program assists workforce development efforts in north
central Louisiana. In Lincoln Parish, for example, the Greater Grambling Chamber of Commerce is
partnering with the university to establish internships for students to work in the community,
particularly at the clinical, retail, restaurant and lodging businesses at Legend Square Plaza.
Public and private partnerships such as those structured by Comer Capital Group for the City of
Grambling are essential to developing a community’s economy. “As much commerce and businesses we
can bring in, it lessens the (tax) burden on citizens,” McIntyre says. “When we found out (Legend Square
Plaza) was going to happen, it meant more opportunities for jobs in retail, management and
construction.”

When Jones became mayor in 2011, Lincoln Parish held an unemployment rate of 9.2 percent for the
year, according to United States Census Bureau data. The rate dropped to 5.2 percent for 2017,
bolstered by job creation in construction and maintenance/installation areas that complement jobs in
management, business, science and arts, service, sales and office.

“If it had not been for Comer Capital Group, we could not have qualified for those sidewalk grants. So
many citizens come up to me and say, ‘Thank you for doing this for our community,’” Jones says. “The
citizens are really wearing Dollar Tree out! Someone even said, ‘Now I don’t have to drive five miles in
order to purchase an onion.’”

About the author: Terricha Phillips is a freelance journalist based in the Jackson, MS, metro area and
contributes content that informs communities about what Comer Capital Group is up to in the financial
sector and improving quality of life for Americans. 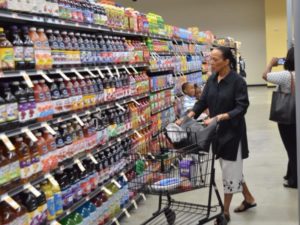 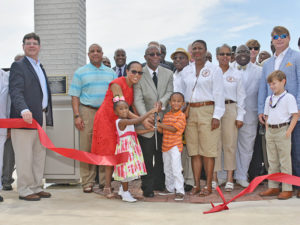